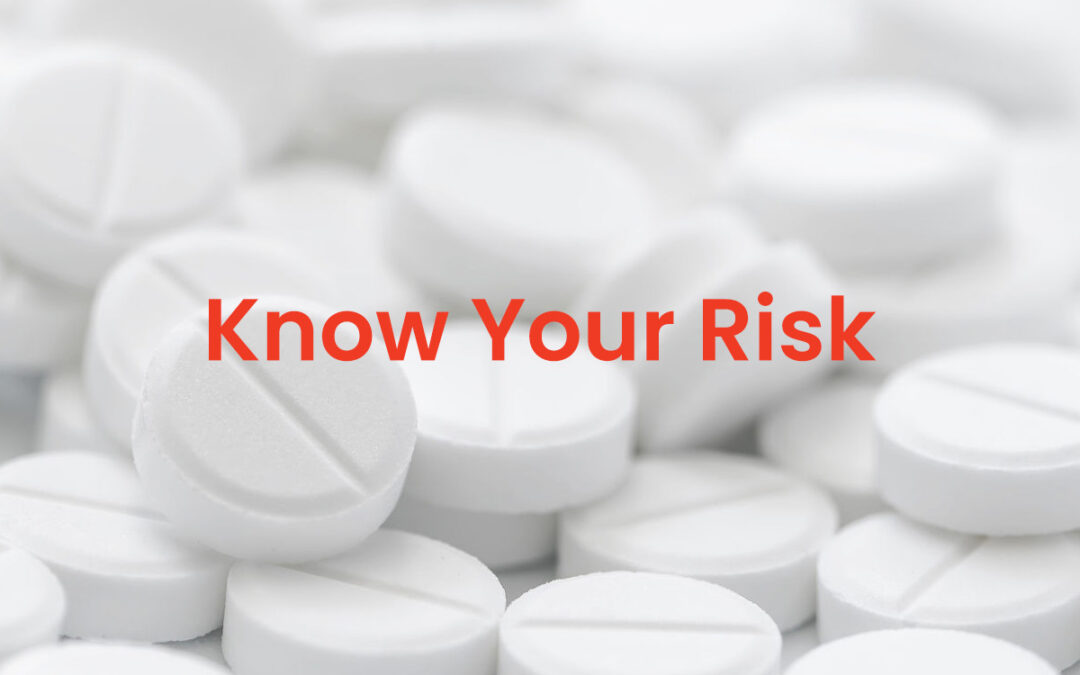 Why You (and Your Doctor) Should #KnowYourRisk for Opioid Addiction

Opioids are effective at managing moderate to severe pain and are often prescribed following surgery or injury—but they come with a risk of addiction. While everyone who takes prescription opioids is at risk for addiction, that risk is higher for some people than others.

Because treating acute pain (pain lasting less than 30 days) safely and effectively is a priority for both you and your provider, it’s important to understand your personal risk for addiction before oral opioids like oxycodone and hydrocodone are ever prescribed.

A Gateway to Addiction

Surgical care is one gateway to addiction: An estimated 67 million opioid prescriptions are written each year in the U.S. by surgically-focused specialties,2 potentially leading to as many as 7 million additional Americans misusing or becoming addicted to opioids annually.3

Even short-term opioid use can lead to addiction and, too often, overdose. Research has shown that your odds of still taking opioids a year after starting a short course increases after only five days of taking them.4 Another study found that each year, 6% of patients prescribed oral opioids for post-surgical pain were still taking opioids three to six months after surgery.5

And the consequences of opioid addiction are dire: In 2020, more than 93,000 people died from drug overdoses—the highest number of overdose deaths ever recorded—and almost 75% of these deaths were opioid-related.6

Risk Factors for Opioid Use Disorder

To account for these factors, your physician will review your medical history, conduct a complete clinical evaluation, and may have you complete a risk questionnaire. It’s important to be as honest and thorough as you can when providing information to your doctor.

Another key factor is your genetics, which research has shown can account for up to 70% of overall risk.8 However, until recently, physicians and their patients didn’t have an objective way to assess genetic risk for OUD. But thanks to recent scientific advances, genetic risk assessment is now available.

AvertD is a clinically validated test that identifies an individual’s genetic risk for developing OUD. The test requires only a simple cheek swab sample and analyzes 15 genetic markers involved in the brain reward pathways associated with addiction to identify if a patient is at high or low risk for OUD.

When use of prescription oral opioids for acute pain is being considered, AvertD offers an objective way to identify who may be at increased genetic risk for opioid addiction—so you and your provider can make more informed clinical decisions about how to manage your pain safely and effectively.

Because genetics are only one factor in understanding the risk of developing OUD from using oral opioids, AvertD test results should always be used in conjunction with a complete clinical evaluation to determine the appropriateness of oral opioids for pain management. 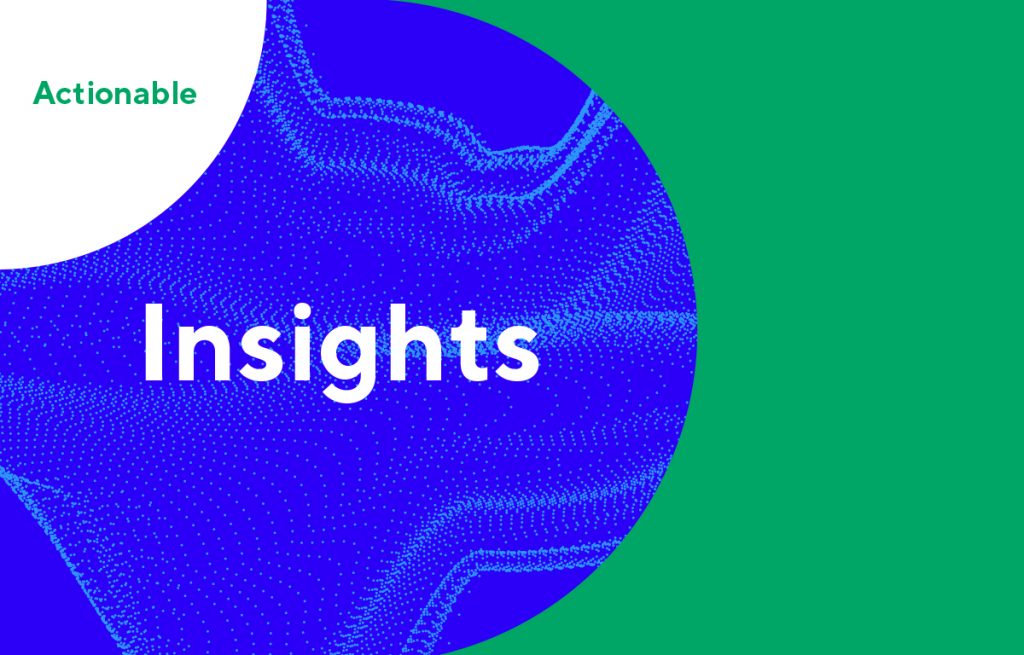 What is Pharmacogenomics (PGx) Testing?

Our understanding of human DNA and how our genes impact our health has grown exponentially over the past few decades. From these discoveries, a key area of research has emerged known as pharmacogenomics—the study of how genes affect the body’s response to certain medications.

Just as your genes determine the basic truths of your biology—things like your height and eye and hair color—genes also determine how your body reacts to certain medications. No medication works the same for everyone; in fact, results can vary widely.

Although more than 5 billion prescriptions are filled each year1, response rates for many drugs are only 50-75%2. It is estimated that ineffective medications produce an additional $528 billion in healthcare costs each year.3

Pharmacogenomics (PGx) testing looks at specific genes that affect the body’s response to certain medications. This information can be used by your healthcare provider to:

Research has shown that >90% of patients possess clinically actionable genetic variants that affect their drug response.4,5

Each of us has a system of proteins that influence how we metabolize, transport, and respond to medications in our bodies. Using genetics to understand these proteins makes it possible to predict how effective a medication will be.

Studies have shown that a family of liver enzymes called Cytochrome P450 (CYP450), which is largely responsible for neutralizing impurities in the blood, conduct about 90% of drug metabolization.6

Your body sees medications as impurities. As soon as a medication hits your bloodstream, your CYP450 begins breaking it down. How much of a given CYP450 enzyme your body produces is determined by your genes. In general, if you have a lot, it will clean medications out of your bloodstream quickly. If you have only a little, the medication will build up over time.

Typically, medication dosages are set for people with an average level of CYP450 enzymes. PGx testing helps your healthcare provider determine if your dose needs to be increased or decreased and whether a medication that works for most people might be ineffective or even dangerous for you.

One of the areas PGx testing is revolutionizing is in mental health treatment. Anxiety disorders are one of the most common psychiatric disorders in the U.S. Approximately 40 million American adults have some form of anxiety disorder.7

The good news is that there are many different psychiatric medications available to help patients with anxiety. The bad news is that it can be challenging to find the right medication and dosage that both maximize effectiveness and minimize side effects and adverse drug reactions.

As a result, psychiatric medication is often prescribed on a trial-and-error basis, with healthcare providers monitoring the patient’s response and then adjusting medications or doses as needed. This process can be frustrating, time-consuming, expensive, and can potentially make the patient’s condition worse before the right combination is found. In fact, 50% of depression patients do not respond to the first medication they try.8

Instead of going through the painstaking process of trial and error, pharmacogenomics testing can help providers select medications and dosages most likely to be effective from the start.

SOLVD Health is driving innovation and making health possible by helping healthcare providers use genetic testing to identify the best possible treatment paths for their patients. SOLVD Health’s LifeKit® PreScript is a genetic test that helps providers, based on their patient’s DNA, identify which medications are most likely to be effective and which should be avoided.

Using a simple cheek swab sample, LifeKit PreScript analyzes 14 genetic variants that impact how a person’s body metabolizes medication. Providers receive a detailed report that indicates how an individual will respond to the medications they are currently prescribed, as well as any medications being considered for future use, to help support more informed decision-making about drug selection. The result is a treatment designed specifically for you.

This website uses cookies to improve your experience while you navigate through the website. Out of these, the cookies that are categorized as necessary are stored on your browser as they are essential for the working of basic functionalities of the website. We also use third-party cookies that help us analyze and understand how you use this website. These cookies will be stored in your browser only with your consent. You also have the option to opt-out of these cookies. But opting out of some of these cookies may affect your browsing experience.
Necessary Always Enabled
Necessary cookies are absolutely essential for the website to function properly. These cookies ensure basic functionalities and security features of the website, anonymously.
Functional
Functional cookies help to perform certain functionalities like sharing the content of the website on social media platforms, collect feedbacks, and other third-party features.
Performance
Performance cookies are used to understand and analyze the key performance indexes of the website which helps in delivering a better user experience for the visitors.
Analytics
Analytical cookies are used to understand how visitors interact with the website. These cookies help provide information on metrics the number of visitors, bounce rate, traffic source, etc.
Advertisement
Advertisement cookies are used to provide visitors with relevant ads and marketing campaigns. These cookies track visitors across websites and collect information to provide customized ads.
Others
Other uncategorized cookies are those that are being analyzed and have not been classified into a category as yet.
SAVE & ACCEPT